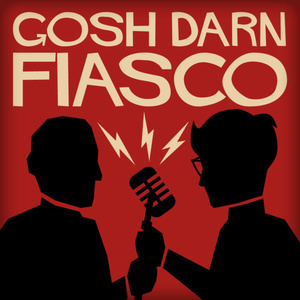 This week on Gosh Darn Fiasco, it's the castle's birthday. Join Amy Dallen, Rick Budd, and your hosts Rich & Laser for a story of magic, jousting, sports, trickery, and Scottish accents. There are also a lot of important hats, so do try to keep up.

This playset is "A Fairy Tale Fiasco" written by Jennifer Adcock.

Get the game, Fiasco (http://bit.ly/gdfiascogame), from Bully Pulpit Games. Thank you to: Aubrey Turner for our music, John Harper for our logo, and Kevin Cole for editing this episode!