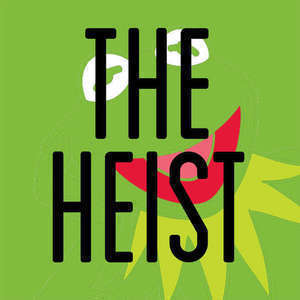 The Muppets have made some powerful enemies. Well, maybe not "powerful," per se. But security guard Buck Friendly, wanna-be criminal Frankie Banklin, disillusioned marketing assistant Courtney Date and experienced robber Snuffleupagus Philms have a plan. Well, not a "plan," per se. But someone needs to find out what the Henson Company is hiding in that underground lab, and this might just be the crew to do it!

Get the game, Fiasco (http://bit.ly/gdfiascogame), and the playset, The Last Heist (http://fiascoplaysets.com/home/last-heist)!